*This article is sponsored by La Cage – Brasserie Sportive.

Last week, Cam and I went to La Cage – Brasserie Sportive at the Complexe Desjardins to try out the new menu of the place we used to know as La Cage aux Sports. I must admit, I didn’t really have much of a basis of comparison, because I didn’t go there very often. To me, it was just the place where my boyfriend would go with his buddies when the Canadiens scored five goals the day before.

What you should know, is that the company gradually changes its menu to incorporate fresh products, so there is no more frozen or pre-made food used in its restaurants. Everything is cooked on site, a sign of quality that we appreciate! In addition, they include as much locally-sourced food as possible, so the menu changes with the seasons. In short, we were invited to check it all out and, most importantly, savour the delicious tastes.

First of all, I was seduced by the immense variety of beers available (20 choices on tap, as well as several options from Quebec microbreweries). Even though it was lunchtime, we decided to indulge, with a Joufflue from Archibald for me and an IPA for Cam. When it came to the menu, there weren’t too many surprises. You’ve got the classics: burgers, poutine, nachos and so on. But there are also salads, a variety of sandwiches and even fish tacos, lettuce wraps and beef tartare. It was hard to choose, so we let our stomachs do the talking, and we ordered WAY TOO MUCH food, telling ourselves that we would bring our leftovers back to our colleagues who were wisely waiting at the office. Our picks: fish tacos, braised bacon poutine, Greek salad, salmon tartare, nachos (we were told it was a classic) and a bacon and fig sandwich on flat bread. Our absolute favourite was the poutine. OK, maybe that’s not the most original choice, but it was REALLY good, and we both love bacon, so it was a no-brainer. 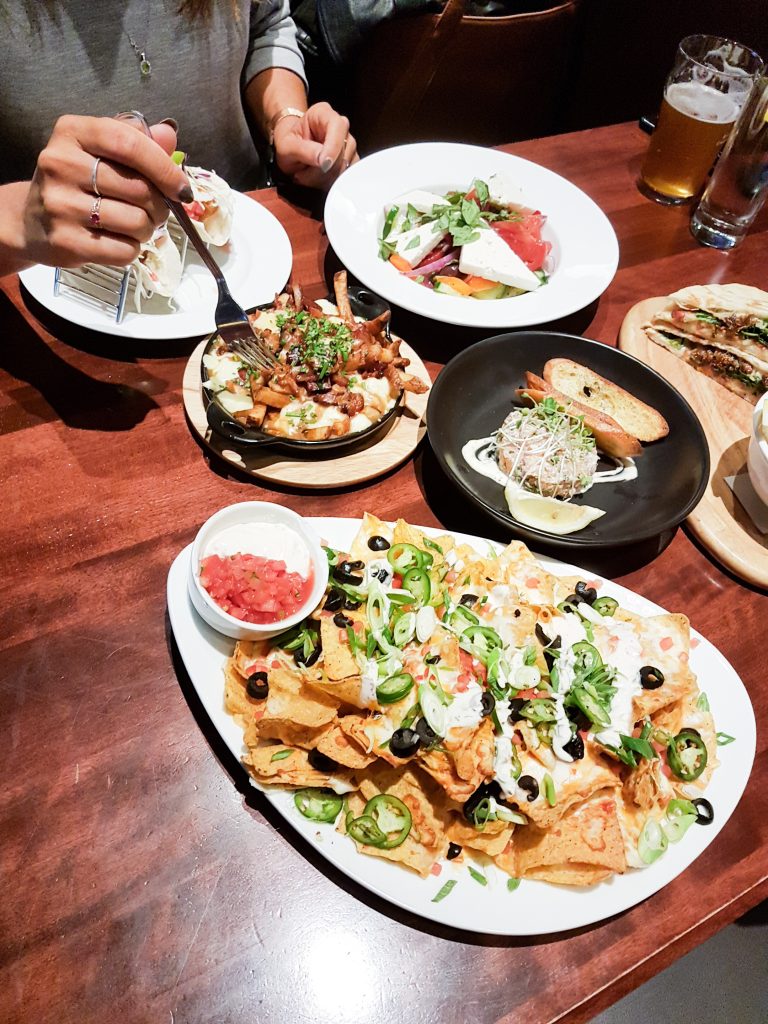 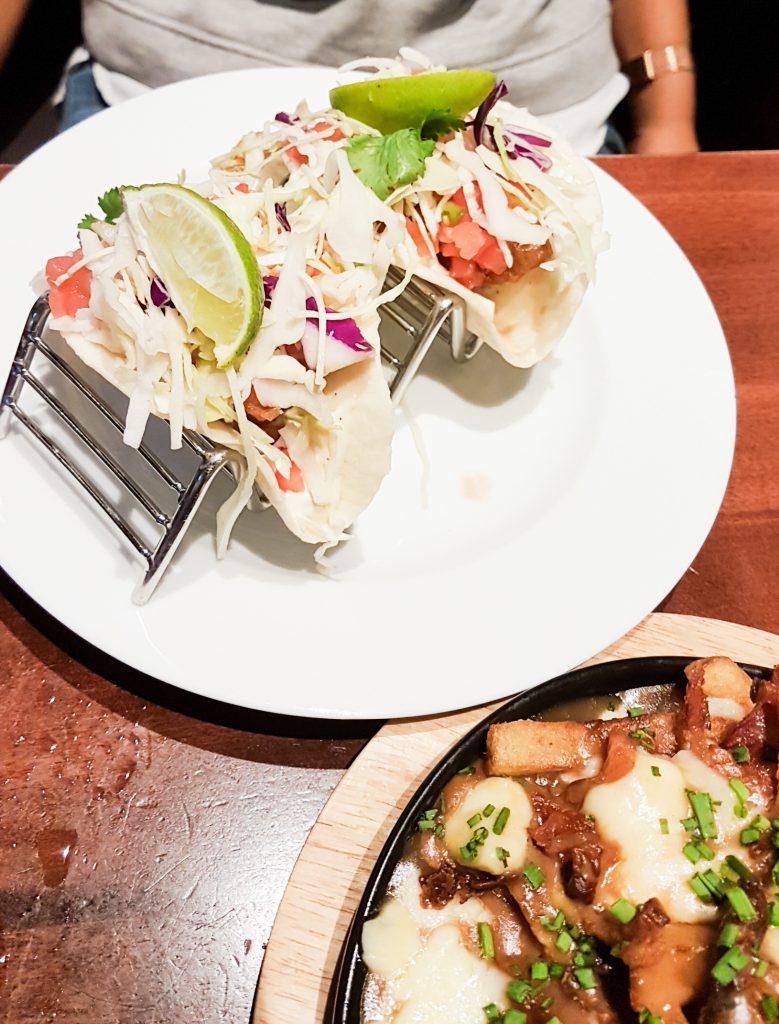 As we went there at lunchtime, we didn’t have the chance to take in the kind of atmosphere that there would be during a big game (no matter which sport you like to follow). One thing, however, is certain: La Cage is equipped with enough screens that you won’t ever have to miss out on your favourite sports events. They even feature Canada’s biggest video wall, consisting of no fewer than 18 42-inch screens. I can see myself enjoying dinner there while catching a hockey game with the gang, surrounded by a festive atmosphere.

You can even make a reservation online to try out the new menu offerings for yourself. It’s a practical option for people like me who are afraid of the phone. It’s RIGHT HERE if you’d like to plan an evening out with the gang! 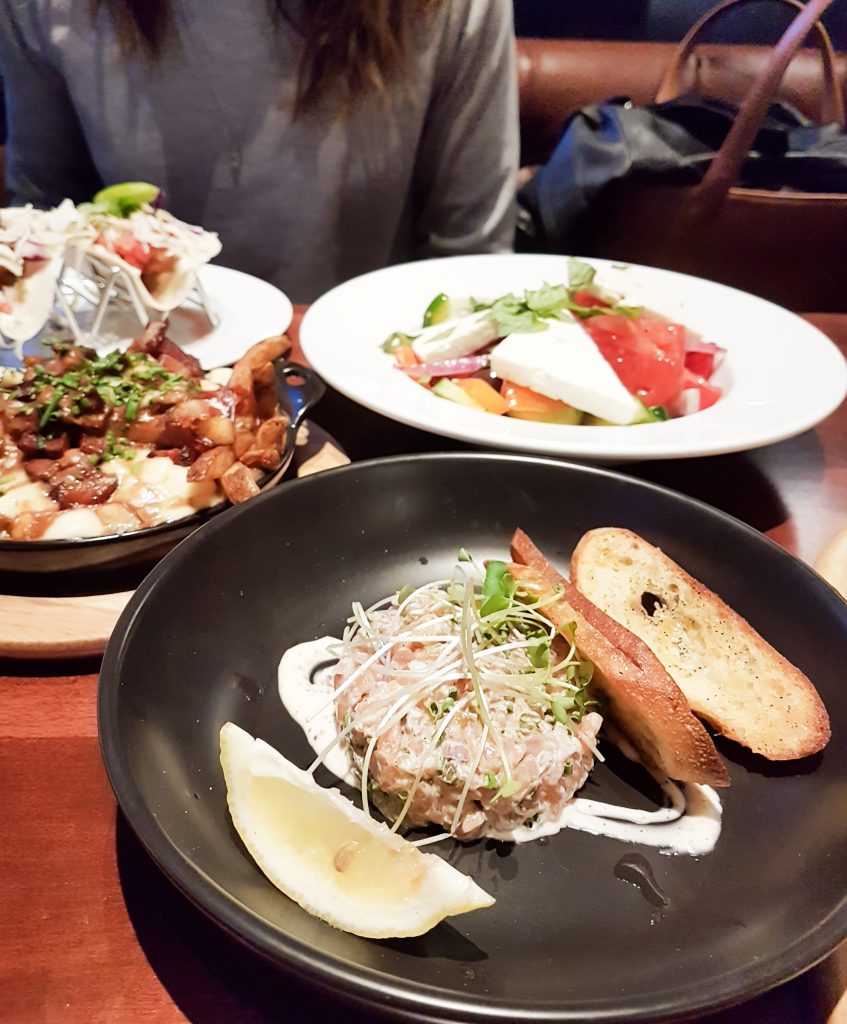 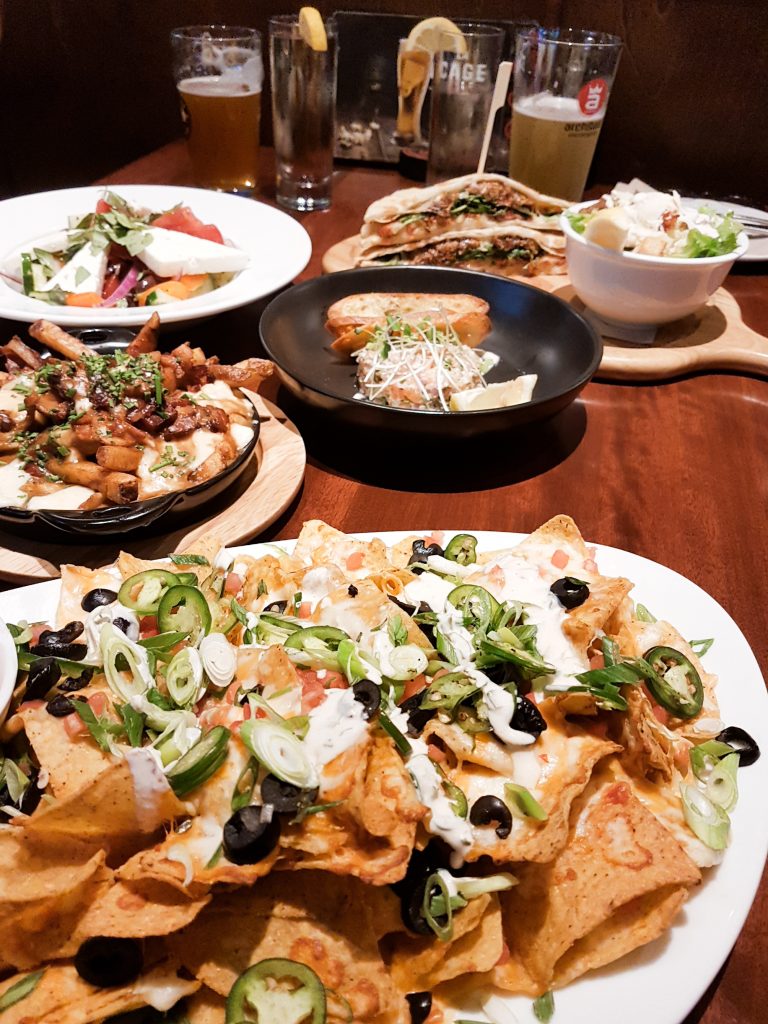 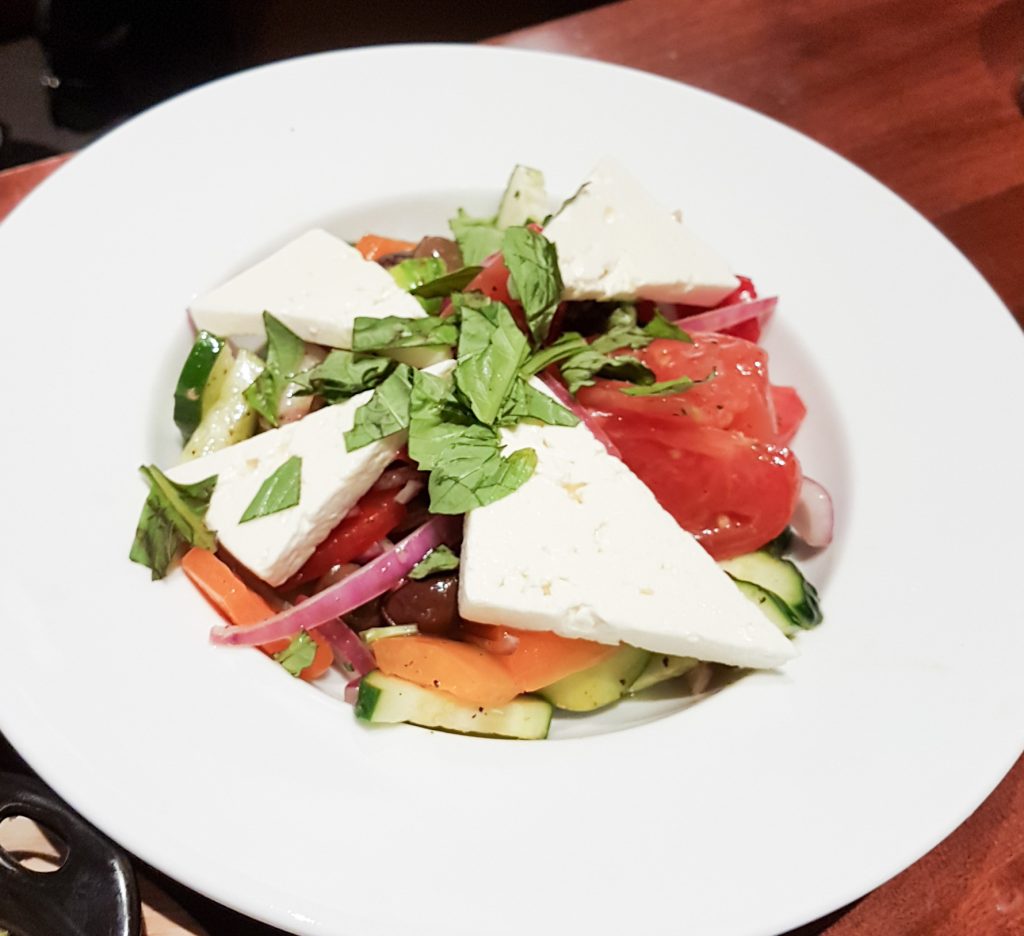 A Miracle In A Bottle For Blonde Hair

Cet article est aussi disponible sur Le Cahier Being blonde isn’t always easy. It can require a lot of upkeep depending upon your natural hair... Cet article est aussi disponible sur Le Cahier   Last night in Québec we had the Gémeaux. But on the other side of the border,...

Virginie Pichet
Lire l'article
Articles of the month
1 A Trip To Belize: Two Hotels To Discover
2 For the Survival of Your Feet: Comfy High Heels!
3 Be Bohemian and Chic at the Same Time Thanks to a Well Cut Dress
4 Yes, Love Still Exists
5 Running in Montreal in Winter?
Next articles