This Is Us - This Winter’s Must-See Series For quite a while now, I’ve been hearing a lot about “This Is Us”, a series that has garnered an incredible number of nominations at almost every American award gala (for best actor/actress in a drama series, best drama series, etc.). Well deserved, in my opinion! The acting is highly impressive and believable. The “glimpses into the past” sequences are very well done and the characters are very endearing. It’s a beautiful family saga that will warm your heart during the cold winter months.

It’s the story of the Pearson family. Rebecca (played by the beautiful and talented Mandy Moore), and her husband, Jack (played by Milo Ventigimila, a man we would all wish to have as a father), are expecting triplets. Sadly, something goes wrong during Rebecca’s delivery and one of the much awaited babies dies. That same day, a newborn is abandoned in front of a fire station. The baby is brought to the hospital where he will await adoption by a loving family. For Jack and Rebecca, the baby’s timely arrival is miraculous and they take it as a sign that he is meant to be theirs. The series follows the lives of the Pearson family as they go through the ups and downs of day to day life…

As mentioned earlier, scenes from the present are interspersed with glimpses of the past. We witness Jack and Rebecca’s budding romance in the 60s (the looks are divine!), the early years of the three Pearson children, their adolescence, and their present day lives as adults in their early thirties who struggle with their identity. What will become of them? 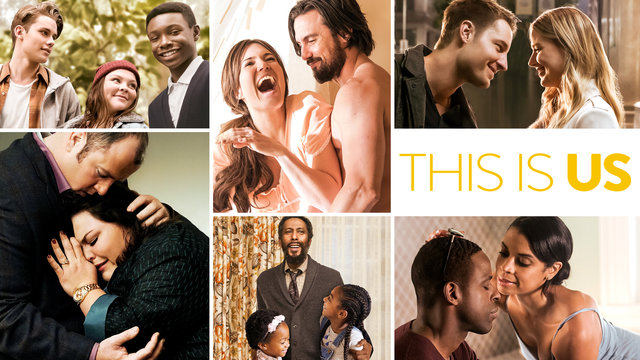 Kevin Pearson (Justin Hartley) becomes a sitcom actor who dreams of being the next George Clooney. Will he become a Hollywood star?

Kate Pearson (Chrissy Metz) is an obese woman who is unemployed and completely dependant upon her twin, Kevin. Kate struggles with weight loss. The damn number on the scale poisons her life and prevents her from loving and being loved…

Randall Pearson (Sterling K. Brown) is a man who has it all: a gorgeous wife who is loving and strong, two well behaved girls, a successful career, and a mansion, but something is missing in his life… his biological father; the man who abandoned him thirty years ago, leaving him alone and vulnerable in front of a fire station. Will Randall reconnect with his past? 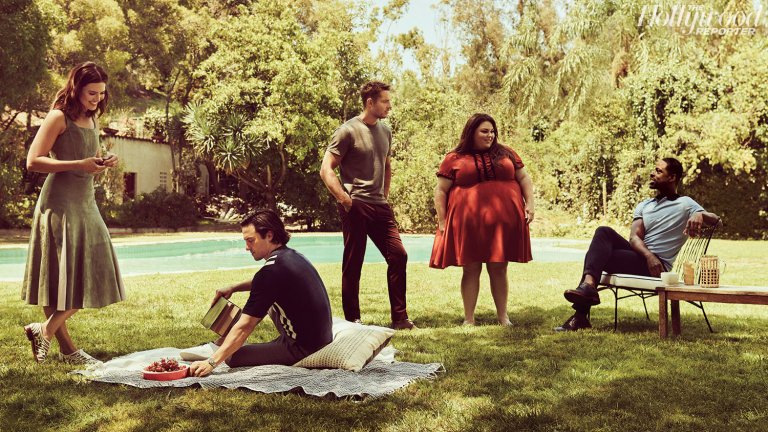 A brilliant series through which you will experience a panoply of emotions. A series that achieves a wonderful balance between humour and drama, past and present.

Wrap yourself in a warm blanket, sip a hot cup of chai latté, and let yourself be carried away as you follow the lives of the Pearson family.

Available on Netflix since the month of September!

Although I LOVE Travelling, I’m Always Happy To Return To Montréal… Partly For My Routine (I’m Not Kidding).

Many of you might have sighed upon reading the title of my post. It’s understandable. Although I LOVE Travelling, I’m Always Happy To Return To...

A while ago I made the big decision of getting a tattoo that covered my whole arm. I highlight BIG decision, because even though our... Madlyne Bourassa
Lire l'article
Articles of the month
1 A Trip To Belize: Two Hotels To Discover
2 For the Survival of Your Feet: Comfy High Heels!
3 Be Bohemian and Chic at the Same Time Thanks to a Well Cut Dress
4 Yes, Love Still Exists
5 Running in Montreal in Winter?
Next articles

5 Foolproof Tips For Choosing The Right Shade Of Foundation