Relieving Stress by Throwing Axes Around In life I find it important to try new experiences, look for different activities and always keep your eyes open for new opportunities. All the time. Constantly. Which is why I didn't hesitate when I was asked if I wanted to attend an axe throwing tournament. Yes, that's right: a tournament where contestants throw  axes.

We all have our own ways to relieve stress whether is through sports, yoga, getting a massage, etc. I've heard of peculiar activities where attendees would break stuff in a secure area, but it was the first time I heard of this particular concept. On their website, they describe the activity as being "like darts, but with axes". Intriguing!

What may seem like a dangerous activity is actually well-managed and practiced in a recreation center in the St-Léonard borough at Maniax. I expected the location being outside of the island, in an abandoned area where there would be no one in sight for miles… But oh well, I was wrong! In order to get a hang of it, we had time to practice before the tournament. I discovered how I wasn't strong enough to throw by one hand, I needed both hands and still to this point, I hit the target one out of three times. Yay! The first challenge was to succeed in planting the axe on the right side and obviously on the wall. Then the second would be to find how to aim and planting the axe somewhere on the target and hope this exercise will earn you some points. After practicing the technique, they grouped us two by two in order to start the tournament. I have to say I was better during the practice round… Then came the tournament in which you have to throw an axe five times and the person who collects the most points will move to the next round. During the first round, I think I hit the target only once… Duh. 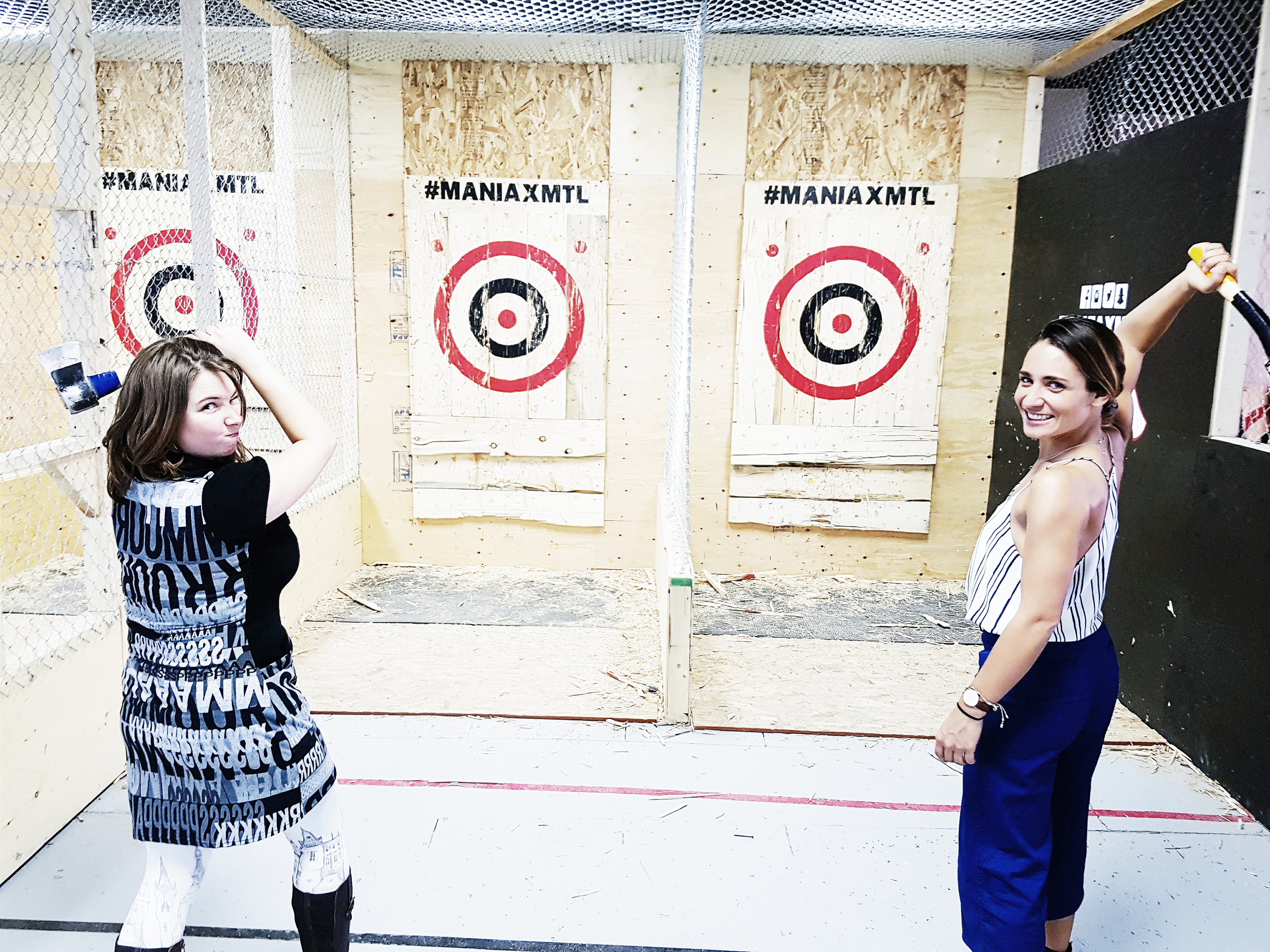 Upon entering, we discovered the areas with targets on the left and a big space to hold a big group. There are several "stations" where each has a big target as well as a timber separation in order to avoid the axe to deviate. At first, they took the time to explain thoroughly the security measures (it's still pretty dangerous, I mean, we're throwing axes here!) and show us different axe throwing techniques so that we could maximize our chances of hitting the target. It's harder than it sounds/looks. 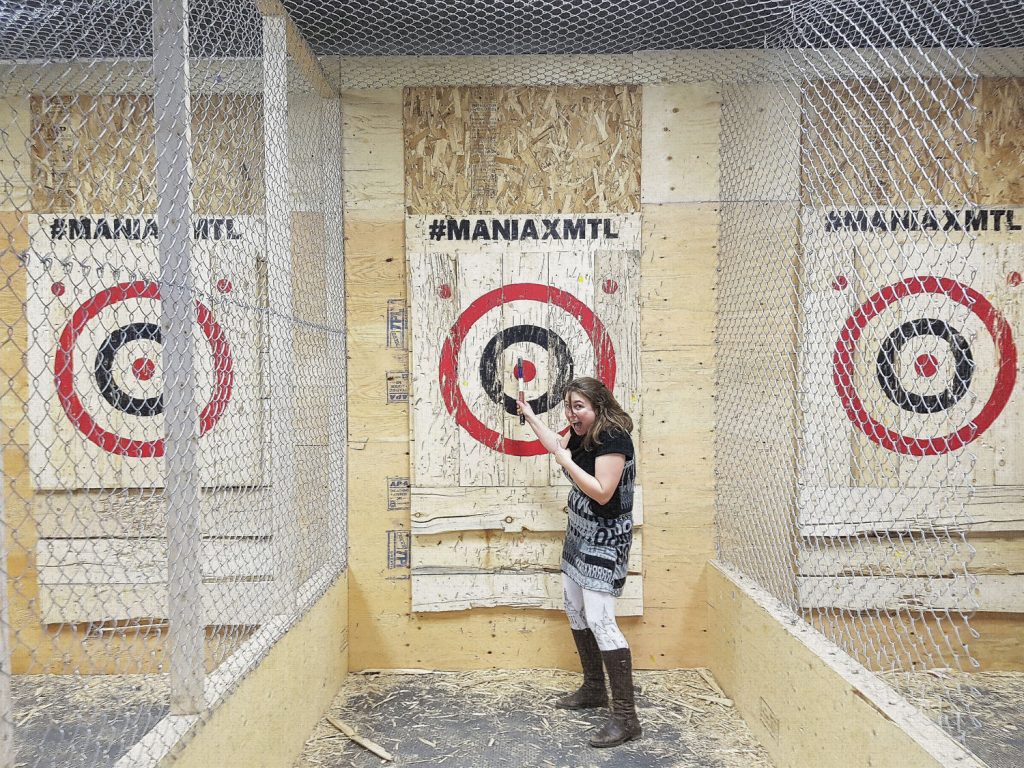 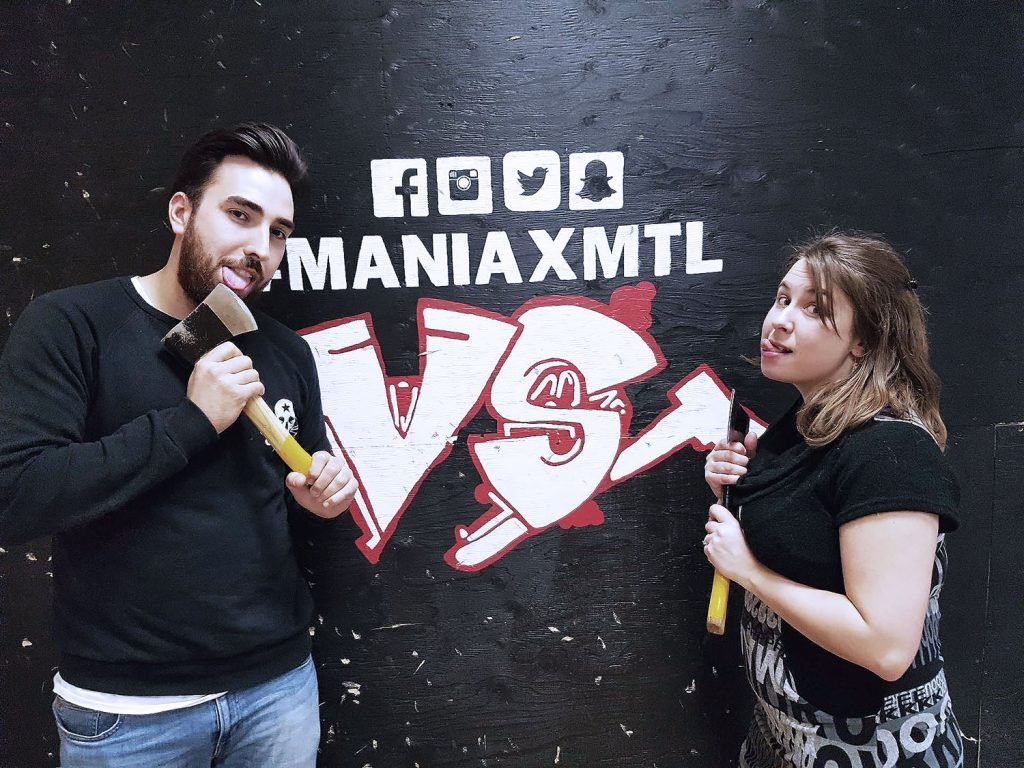 Towards the end of the tournament, which I gracefully lost, we were feeling exhausted, but satisfied from our performances! Everybody were all smiles (even the most competitive ones!) It was a stimulating and badass experience. Well, what a ride. Take it from me, go and try it with a group of friends, you'll have blast! 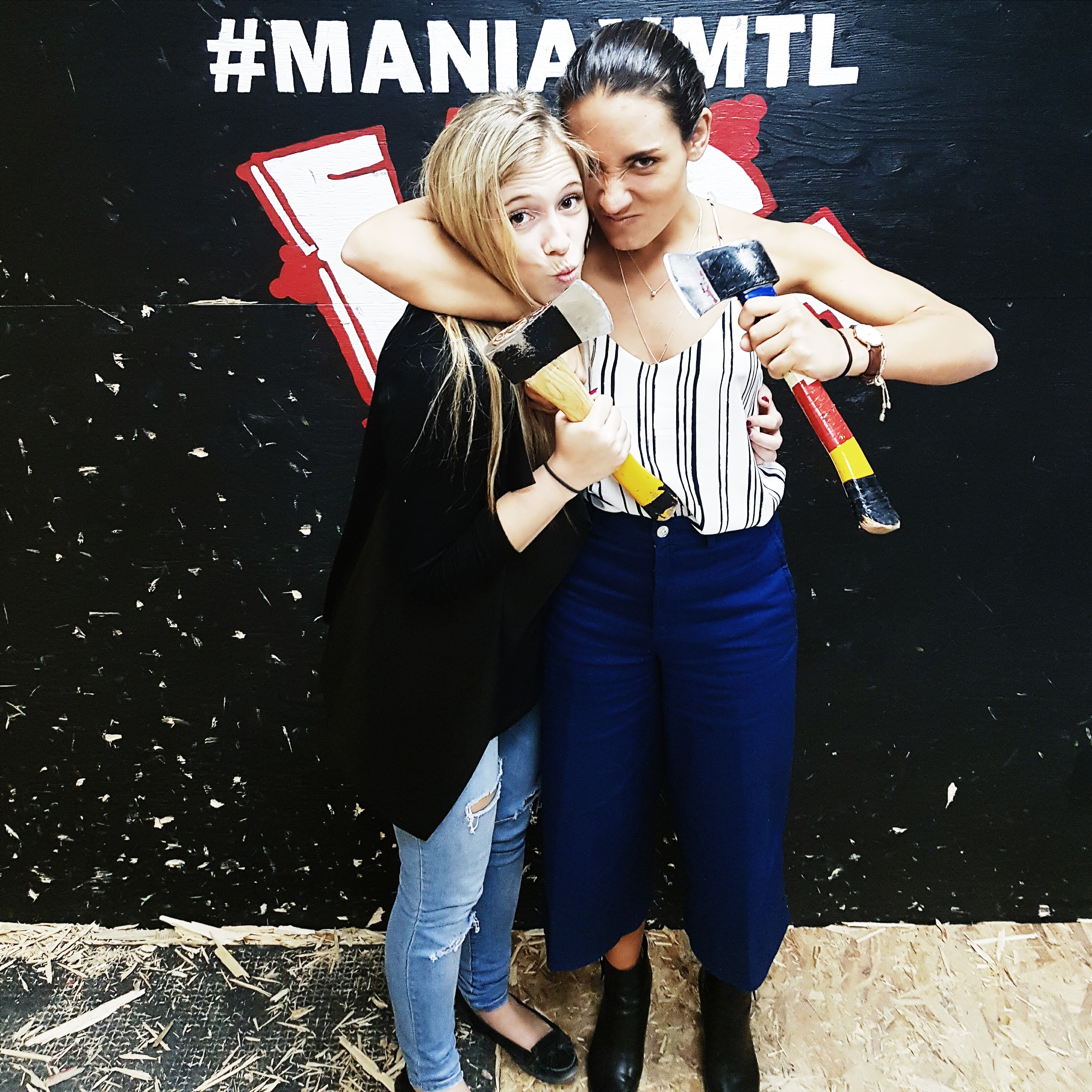 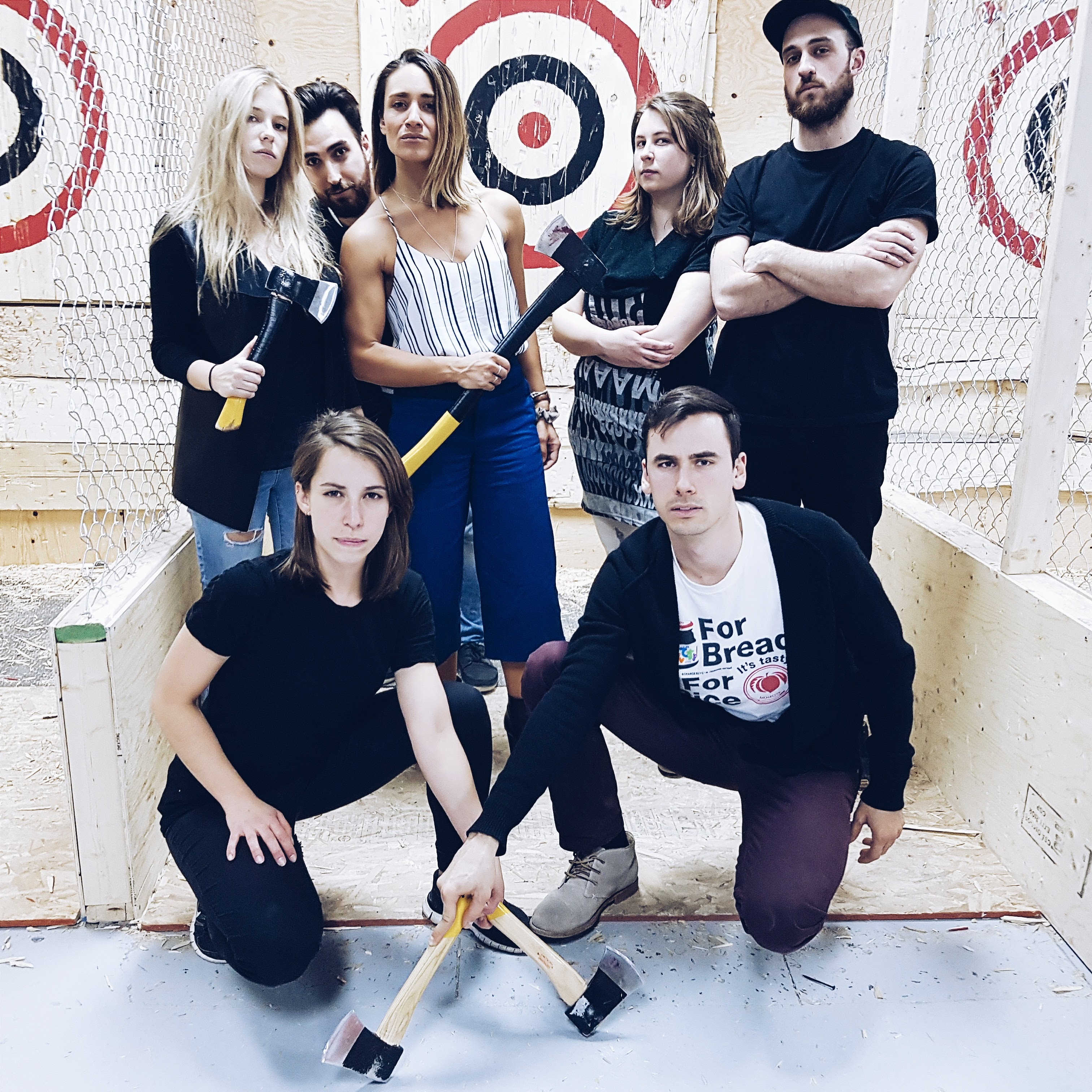 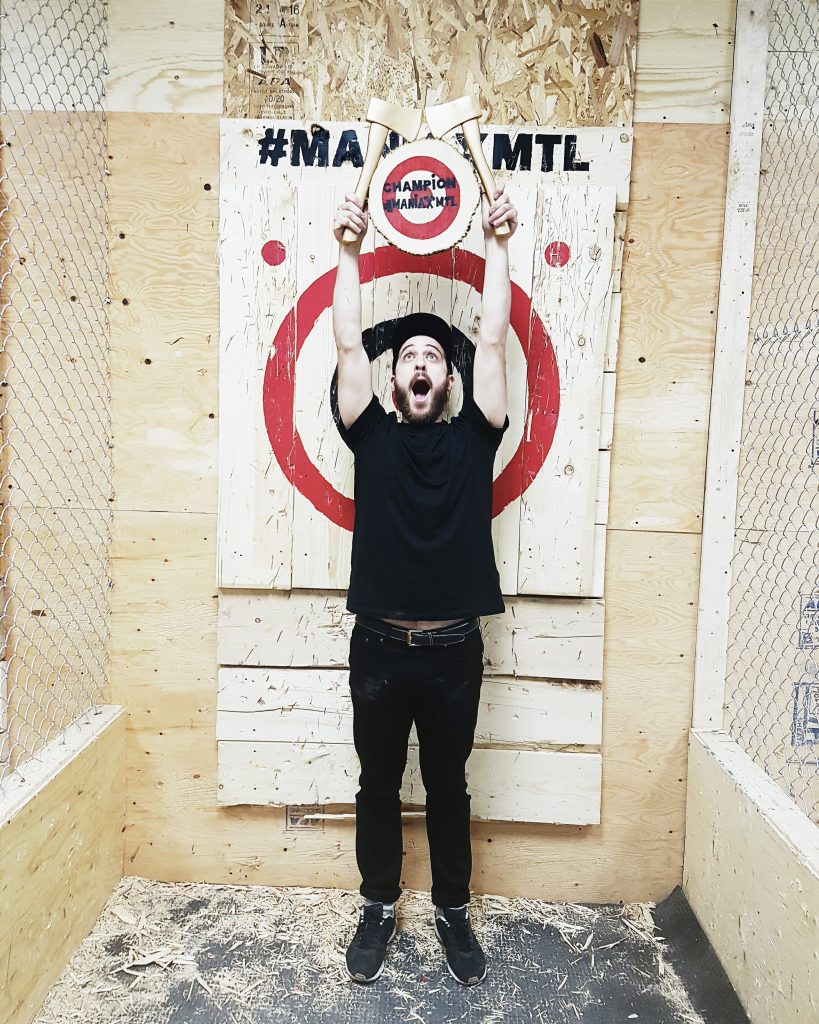 Styling Our Hair The Frenglish Way With French Formula

Confession time: I'm absolutely and completely obsessed with my hair. For as long as I can remember, no one has been allowed to touch it... I work a lot. Often. Almost all the time. I think about Cordmorse, Le Cahier and The Booklet constantly. It's almost sickening. But they are... "It Girl" of the Week: Charlotte Groeneveld