Younger, I used to play with Barbies each day and only demanded to received dresses and accessories from Sears' catalog as Christmas gifts. I quickly learned Barbie hair won't grow back and if you use a Sharpie on her skin, she'll be inked for life and you'll regret it. This reminds me of tribal tattoos. Over time, I put my Barbies aside and now prefer to be a fashion police of real time red carpets.

With a Ben & Jerry's jar at arm's reach, mint face mask on and 3h of Oscars later, here's what I have to say about dresses I've seen yesterday night.

All I see is fierceness. Simple, chic, fancy, she breathes attitude and sexiness with the slip on the side. Yes, yes, yes, she probably smells like a 1000 dollar bill, I'm sure of it. 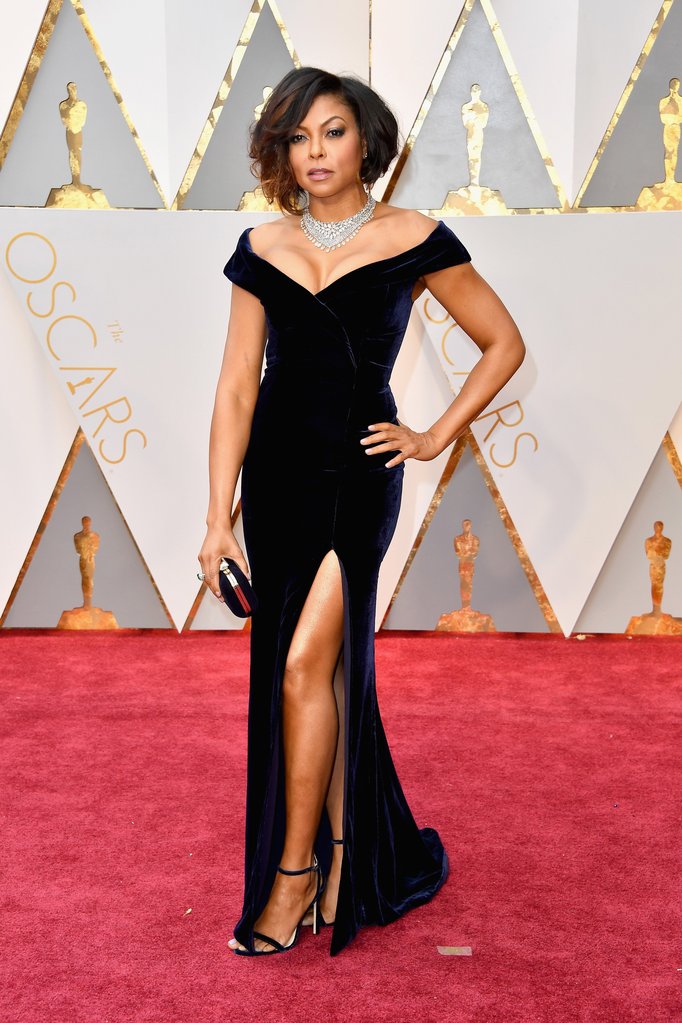 I saw La La Land and found it okay. But Emma Stone truly deserves to get back on the stage in order to show off this breathtaking dress. Everything is perfect; the cut, style, colour, details on the upper buddy, hair colour matching the lipstick. Work it girl! 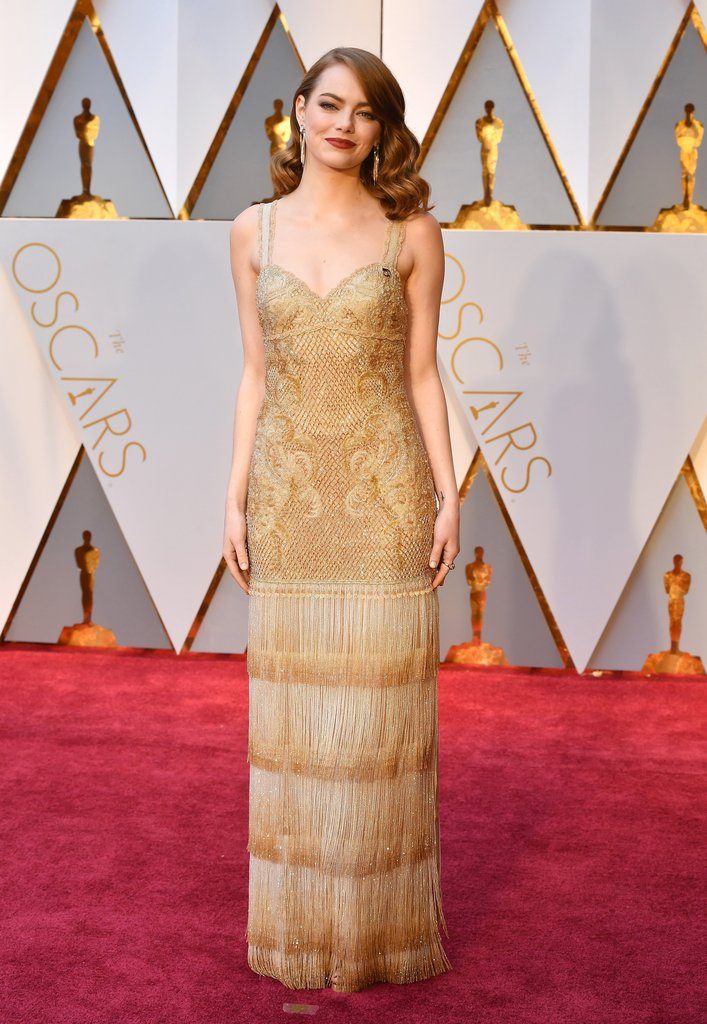 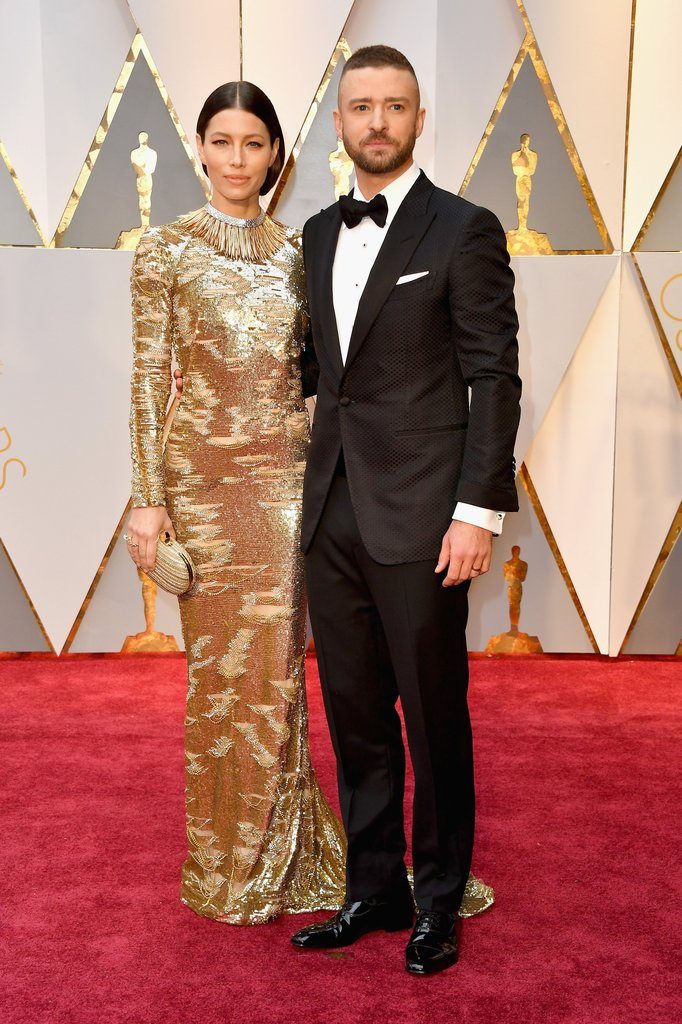 I shall give a shout out to men wearing anything else than the classic white and black tux during a big night such as the Oscars. Ahmed looks dashing in this blue tux and I wouldn't say no to him if he didn't have the same face as on his driver's licence. 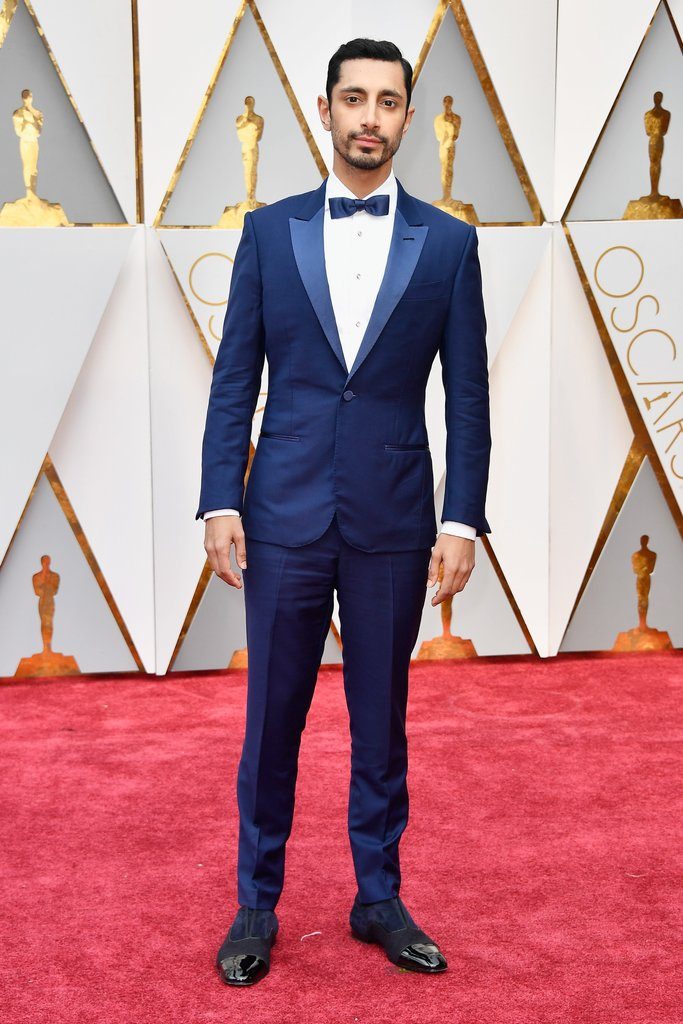 I truly have a soft spot for figure hugging gowns this year, don't ask why. I mean, I usually don't get turned on by feminine curves, however I guess seeing Karlie's naked arm had some effect on me. The dress is gorgeous, classic and of good taste. Moreover, she proudly wears the "American Civil Liberties Union" blue ribbon in order to support a cause that symbolizes oppression against Trump. #YouGoGirl 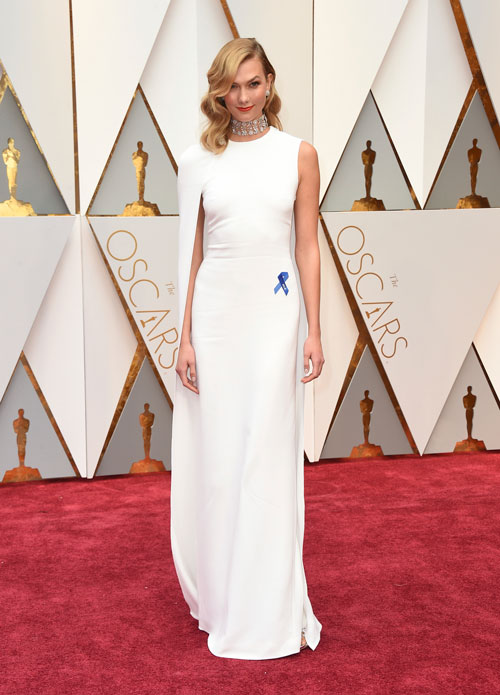 No shape, no texture, plain colour. It's pretty boring looking. Ballet lessons are in the building next door darling. 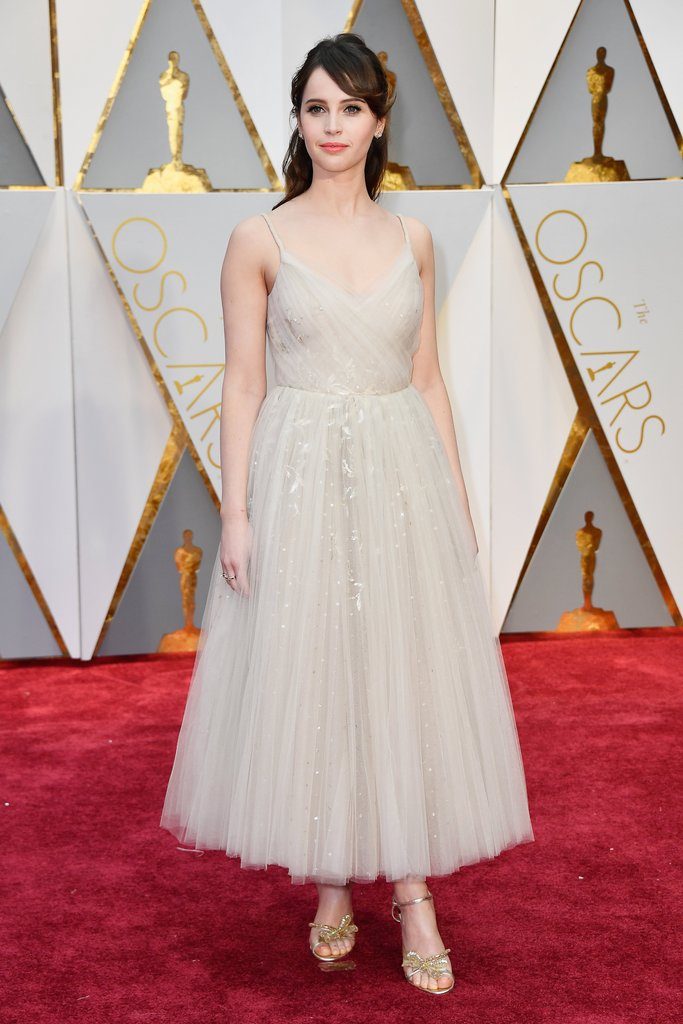 It's okay, I mean it's red carpet approved. However I'm not too fond of the pointy chest, nor the overall look of a girl who forgot to put a dryer sheet during her washing load which resulted in this wrinkle extravaganza on her dress. Even her shoes look like they're at least 2 sizes too small. I mean, don't you see it? 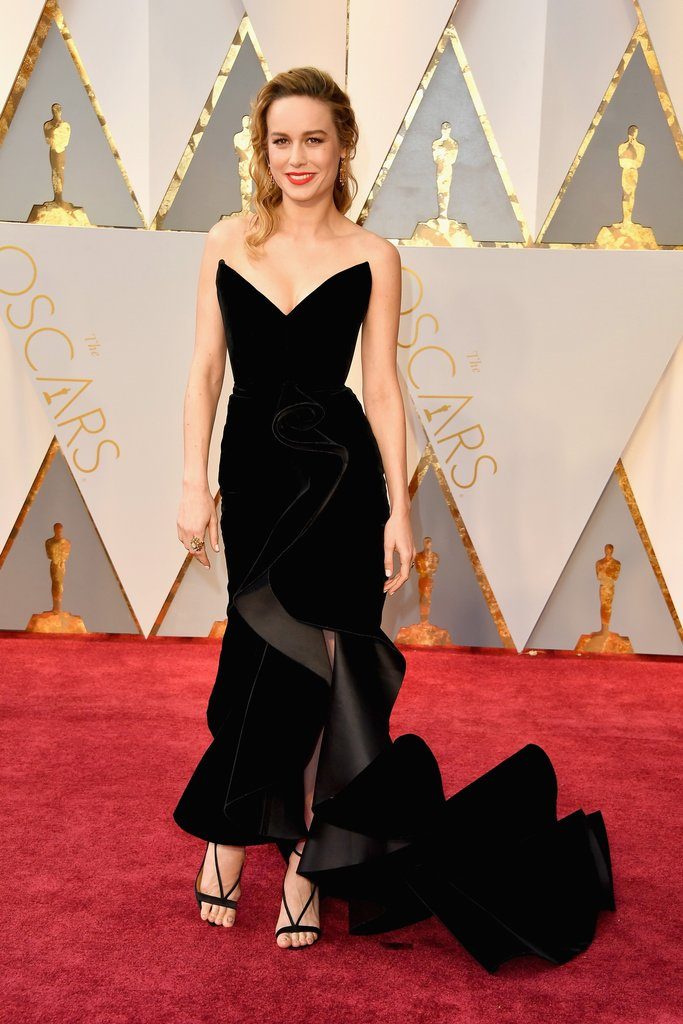 I like it but there's nothing surprising here, yet she still deserved to have a spot in this article. I'm not too crazy on the bottom. It's as if Armani cut the dress at the wrong place and wanted to fix the latter by adding a piece of fabric that goes all the way to the floor. 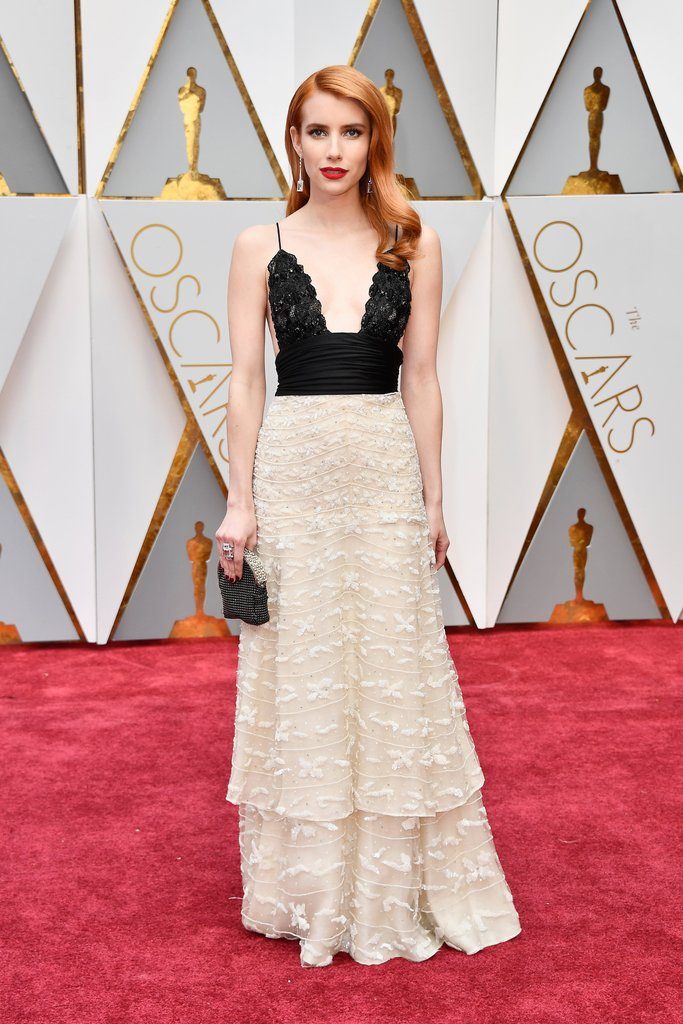 She's Halloween ready, only 10 months early, I think. I also have the feeling that she walking under a volley of gulls which had diarrhea. It was the first thing that pop into mind, what can I say? 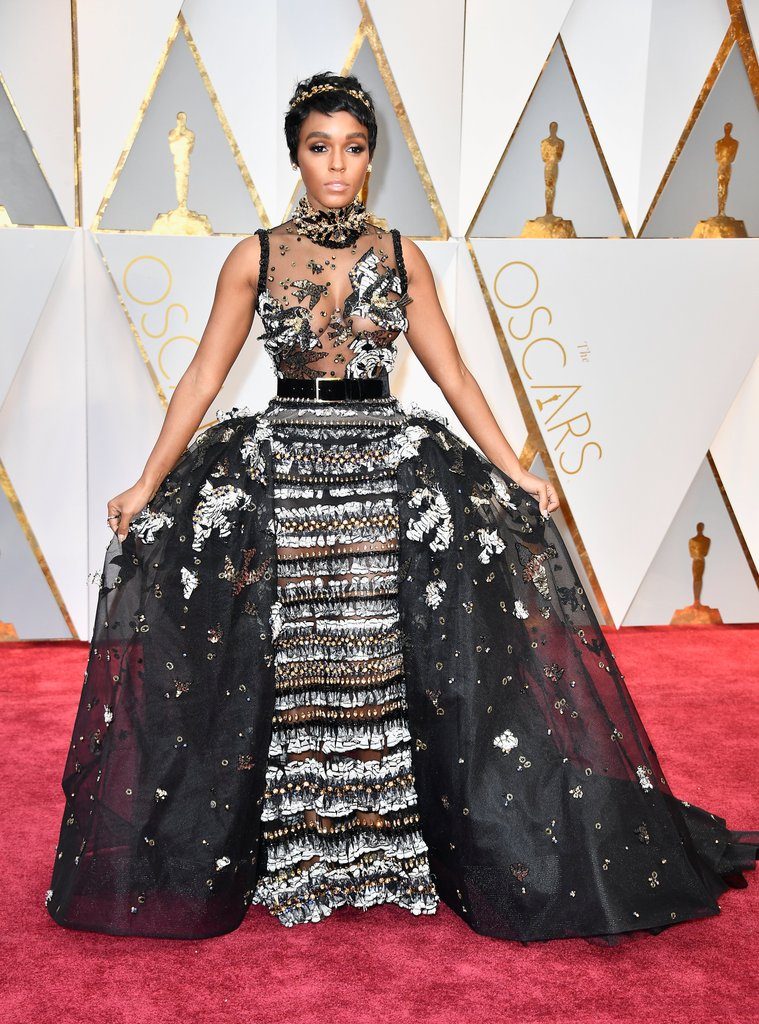 Village Value's version of Belle's dress in Beauty and the Best. 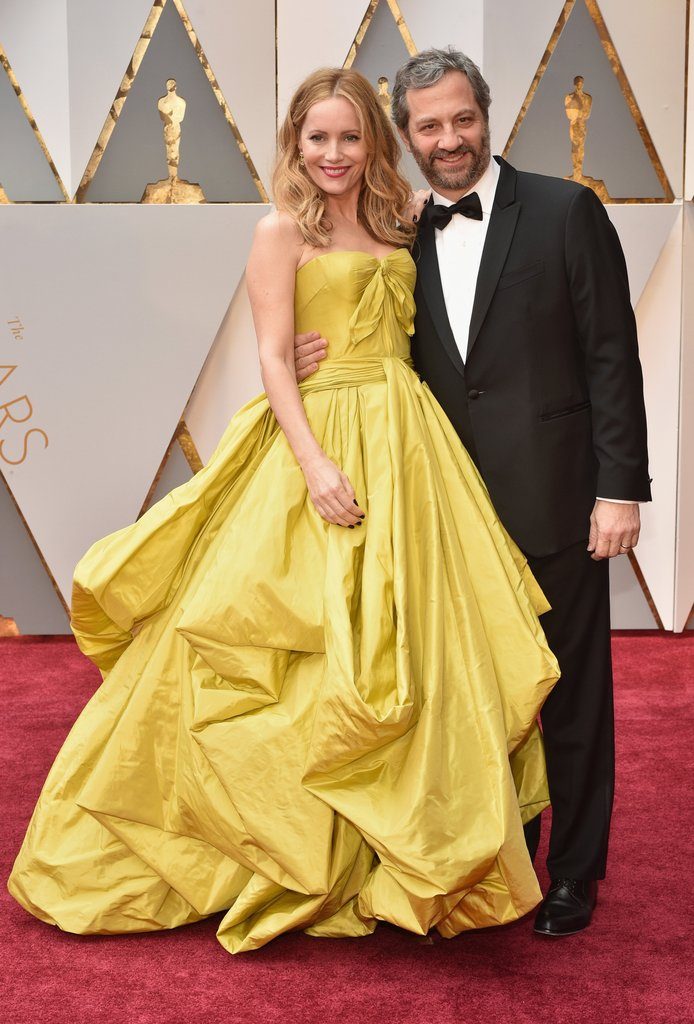 There's something awkward going on here with the hairstyle, colour of the gown, the little apron looking detail at the front: she looks like she's going to co-host a cooking show with Rachel Ray. Even the smile looks awkward, as if she forget to brush her teeth before leaving to the Oscars. 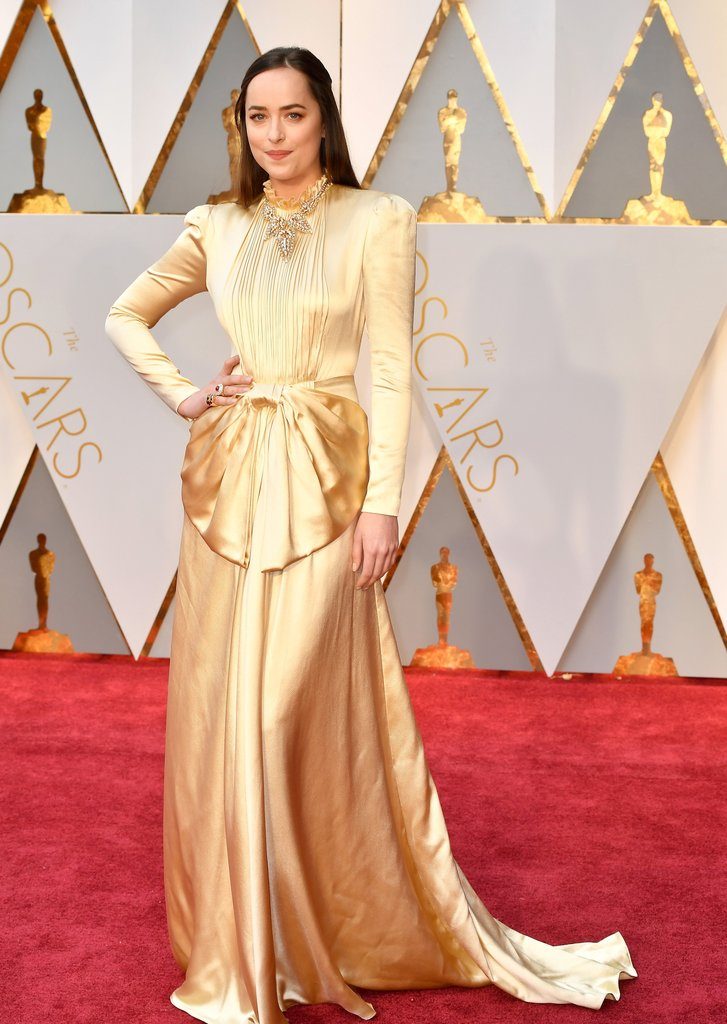 All pictures are from : Oscars.go.com

I started skiing back when I was 4 or 5 years old. Yes, I started young but my whole family are avid skiers which means... At the onset of winter, Viv and I would hide under our cozy wool sweaters and wrap ourselves under as many layers as possible of...