A Mustang Like P.K. Subban, an Asset for a Vanguard Team Last June, the Montreal Canadiens traded NHL hockey star P.K. Subban and that created with good reasons, a commotion among supporters of the team. In this article, I particularly wish to analyze this transaction from the perspective of the company and its relationship with its main partner: the fan. Even if I am myself a fan for the past 60 years, I consider that this move reflects the lack of vision of the company and also lack of respect towards a great number of fans.

This past July, a letter from Guy Frenette was published in Le Devoir about the trade of P.K. Subban and it did spoke to me. Key elements in this letter were also summarized in the September issue of L'Actualité. In short, Mr. Frenette describes P.K. as a "Mustang" figure, typical of this new generation that constantly shakes the workers' world, yet can be an asset of great value if an organization knows how to adapt and work with this individual. Mr. Frenette depicts the "Mustang" or P.K., as "a whole, a block we acquire: he's motivated, confident, unreserved, intense, efficient, dedicated, go-getter but he's also individualistic, disconcerting and narcissist at times. He can easily displease a boss who lacks confidence or is overbearing, preferring from afar the players who'll stay in line." According to the author, we shouldn't see this "Mustang" allegory as an out-of-control being, but more as someone who needs to work on his persona and constructive  criticism for which he already is receptive of; he's inherently someone who wishes of becoming a better and improved version of himself.

P.K. is a great example for this "mustang" allegory, since not only he's a wonderful hockey player who always gives it best on the ice, he has a charming personality and great charisma where in a short amount of time, he integrated himself to his community and created a bond of with Canadiens fans and the general public. His skills on and off the ice, his humor, his philanthropic gestures, availability and proximity to the public are what makes him an incredible individual. Unfortunately, the Habs missed a great opportunity to stand out and be a vanguard company, able to manage and positively control this type of character. 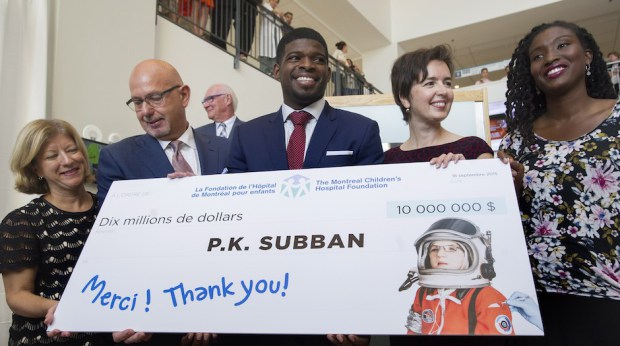 The Montreal Canadiens got rid of a diamond named P.K. Subban, one of the only players with Carey Price to be able to vibrate the whole Bell Center where the fans are lifted off their seats. Instead of saying P.K. was untouchable, Marc Bergevin, with the complicity of Geoff Molson left the door ajar to say he was ready to listen to offers from CEOs and that say, their star player, P.K. was on the market. Meaning, this confirmed how the Habs wasn't a strong of a company as we thought it was and couldn't keep their precious gem at safe lengths. We often talk about the players' leadership, yet the team leaders' are the one lacking! I can't understand how we wanted to primarily satisfy the shareholders' needs first over the fans' who loved and always will love P.K. not only because he's a talented hockey player, but for its flamboyant personality. I mean it won't be the other players, which have a dull and boring speech, that will excite the population like P.K. did. Moreover, P.K. is a fan of the Montreal Canadiens since a very young age and always wanted to make a living in Montreal. He openly demonstrated a strong sense of belonging to the team, but this value does not seem to matter for the company that became the Montreal Canadiens. 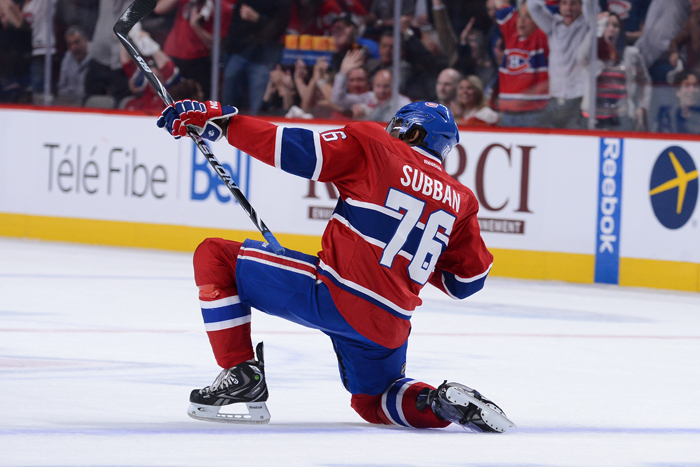 Well, I don't salute the Montreal Canadien's official speech, that was analyzed by everyone, including commentators, sports analysts that all concluded to say "this was a hockey decision and the Montreal Canadiens' club now has a better team after this trade". I think the members of the board wanted to get rid of P.K. just proved how incompetent they are and have no respect to the fans and I don't believe from a strictly hockey standpoint that the Habs made a great deal with this trade since nowadays the defencemen are required to have a lot of skills in order to generate a transitional offensive play that will be quick and effective; I'd say the Predators understood that mindset by getting their hands on P.K. and resulted of showing us the unfortunate presence of lack of vision from the management team that is home to the Montreal Canadiens. 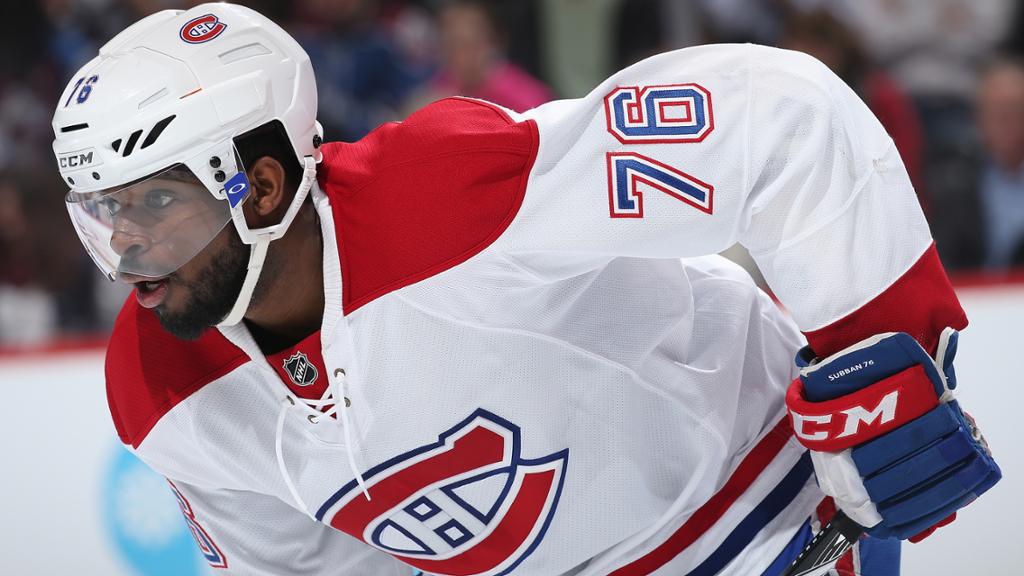 With its partnership, the Montreal Canadiens hockey club believes after awhile the fans will stop mourning the trade and will once again start to love the new recruits. Unfortunately in my case, and with great sadness, I'm wearing my Habs jersey backwards after a summer spent in anger towards the hockey club and now feel indifferent during this new season. My other half is happy with my decision of not watching any future hockey games from this messed up hockey club. 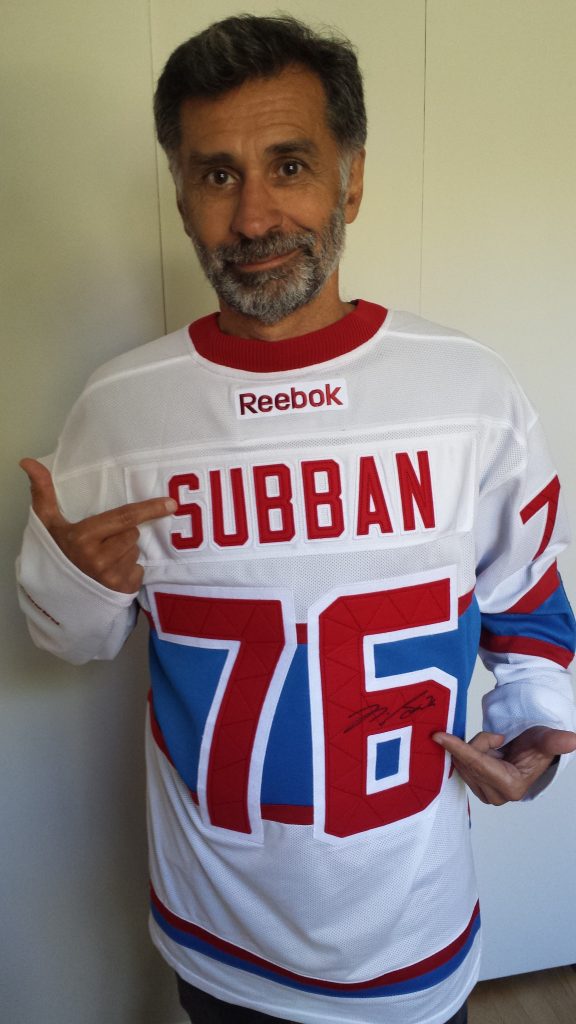 Halloween Costumes for the Little Ones

It's happening. It's already October which means, Halloween is right around the corner! If, like me, you missed the arrival of children Halloween costumes at... In Mont-Tremblant, we have an abundance of sports stores but there has been a serious lack of trendy clothing. Growing-up, the closest we had was...

Jasmine Carpentier
Lire l'article
Articles of the month
1 A Trip To Belize: Two Hotels To Discover
2 For the Survival of Your Feet: Comfy High Heels!
3 Be Bohemian and Chic at the Same Time Thanks to a Well Cut Dress
4 Yes, Love Still Exists
5 Running in Montreal in Winter?
Next articles How to Wear Hot Red this Fall