Life in my twenties: I don't like being told that I'm pretty I don’t like being told that I’m pretty. Actually, I do. It would be hypocritical to claim that I don’t like it in the least bit. Afterall, everybody enjoys receiving a compliment from time to time. What I don’t like is that my appearance is almost always the first thing I get complimented on.

Life has treated me well. I do believe that I’m one of the “pretty girls”, although the term is very subjective! I’ve always been hesitant to admit that I think I’m pretty for fear that people will think I’m egocentric, or some such thing. That too, is a problem; but that’s a subject for another day. Yes, I’ve been “lucky”. But how, exactly? Lucky for having attractive parents? Lucky genetically speaking? 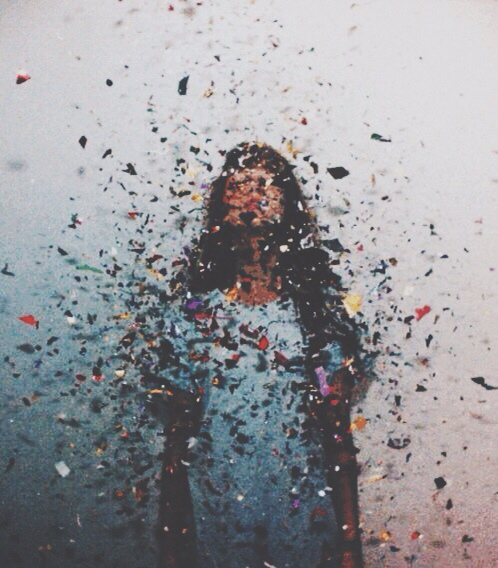 I can’t really complain about it; especially in today’s society. The problem is getting people to see beyond a pretty face. You really have to work hard if you’re to hope that the first thing people say about you is “you’re really bright” or “jeez, you’re a hoot!” instead of “wow, you’re so pretty!”. I love learning about all kinds of things. I like making people laugh. I care a whole lot more about those things than I care about “acting pretty”.

Maripier Morin once said “People assume I must be stupid because I’m attractive”. Seems rather extreme but it’s nonetheless true. When you’re attractive, you have to work doubly hard for people to see that you actually have a personality. You think I’m exaggerating? When was the last time you complimented someone on their (wonderful) personality?

It’s not that I want to complain about it, but there was a time when being told that I’m pretty felt like an insult. I felt like that was all people saw.

What I’m trying to say is that I find it sad that people are judged solely upon their looks. I find it sad that a pretty face holds more value than a great personality. Most of all, I think it’s a shame that we focus more on our looks rather than our values. I don’t think I’m better than anyone else. Truth be told, I can’t even remember the last time I gave any thought to the connection between the image I project and the person I want to be. On the other hand, I can easily remember the last time I thought about my appearance.

I just think that it’s high time we learn to love ourselves as a whole and that we value others in the same manner. I believe it’s time we look beyond the surface to see a person’s true beauty.

I tested the feather brow look for you! 5 pre-departure tips for a successful trip

Thinking of my upcoming trip for the UK made my head spin. I was excited at the prospect of going overseas but the pre-departure preparations...

Élizabeth Desjardins-Côté
Lire l'article
Articles of the month
1 A Trip To Belize: Two Hotels To Discover
2 For the Survival of Your Feet: Comfy High Heels!
3 Be Bohemian and Chic at the Same Time Thanks to a Well Cut Dress
4 Yes, Love Still Exists
5 Running in Montreal in Winter?
Next articles Online shopping for the old-fashioned shopper